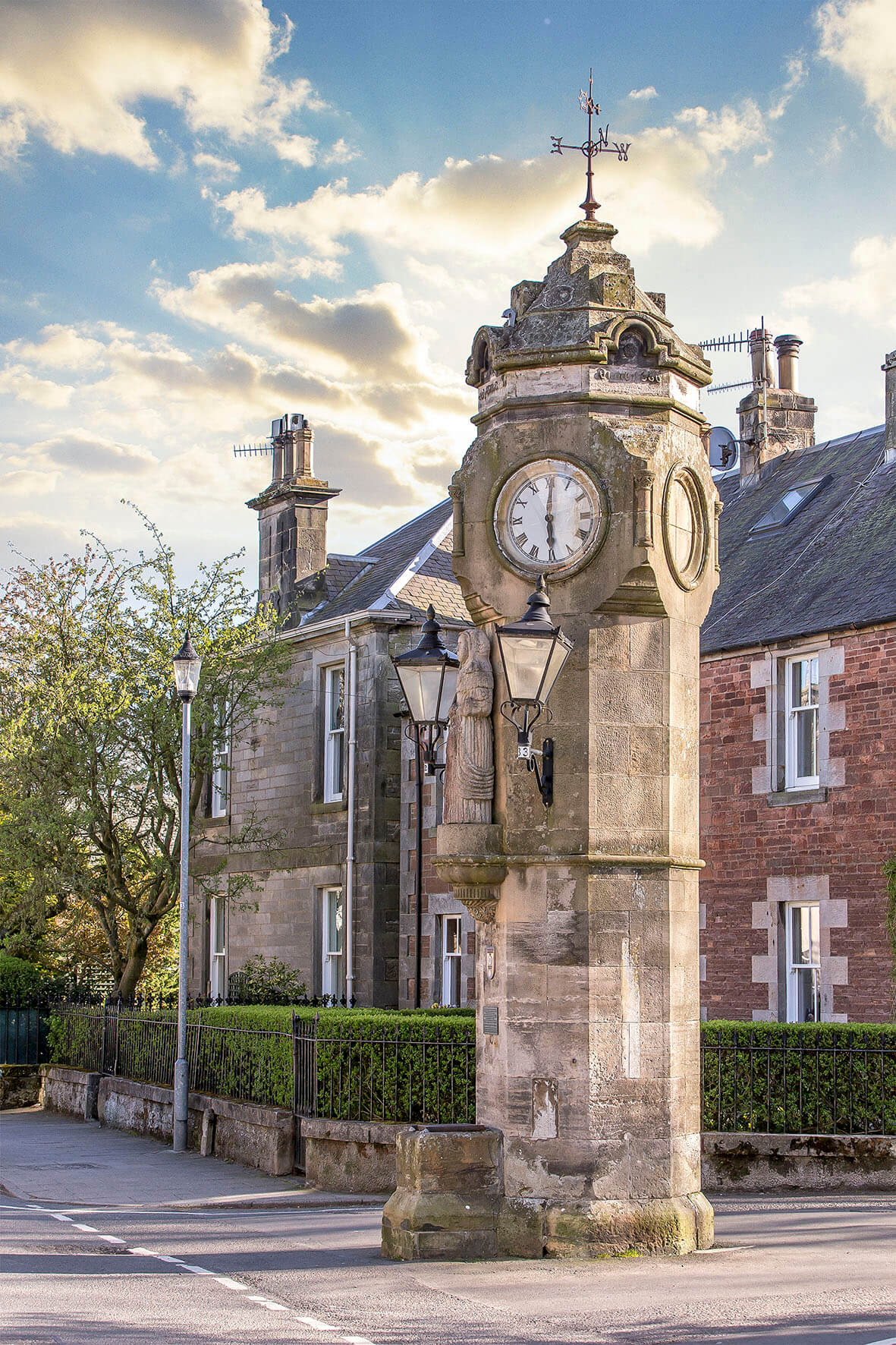 West Linton in the Scottish Borders

Nestled in the foothills of the Pentland Hills, approximately twelve miles southwest of Edinburgh, the tranquil conservation village of West Linton promises an idyllic semi-rural escape, within easy reach of the capital. The Scottish Borders boasts some of the country’s most spectacular and diverse scenery, and the area has a fascinating heritage dating back to the Bronze Age. With roots in the 17th-century silver and lead mining industry, West Linton is one of the earliest recorded market settlements in Scotland.

The A702 between Biggar and Edinburgh passes along the top of West Linton, and brings a healthy amount of passing trade and tourists down into the heart of the village. The winding Main Street offers everything in the way of everyday essentials including a Post Office, a Co-op Food, a pharmacy and a newsagent, plus a deli, a tearoom, a restaurant and a traditional hotel. There is also a garage, hair and beauty salons, and a health centre.

The rolling hills, fields and woodland that surround West Linton are a playground for outdoor enthusiasts, who have their pick of diverse activities and pursuits, from hiking and hillwalking, to fishing and golfing, with several prestigious golf courses, including West Linton Golf Course nearby.

West Linton is a haven of tranquillity with all the amenities you could ask for. However, should you ever feel drawn back to the city for retail, culture and leisure, West Linton is a mere twenty-minute drive from Edinburgh via the A702. The village is also served by convenient public bus routes and several local taxi companies, so you needn’t worry about travelling under your own steam. Regular bus services operate to Peebles and Edinburgh.

Let us take you to a brand new home